Welcome to all our guests those who have been and those still to come and experience this beautiful part of the Kruger that we call home. As we enter the driest months of the year and the bush turns its usual shades of yellows and pale browns. The larger herbivores become more reliant on the remaining water sources that are going to see us through the first summer rains. So as the months progress the patterns that they follow will become slightly more predictable and as for the large cats they too will focus on the movements of these animals. Such as Lions often following Buffalo herds for days as they wonder from water source to water source resting up for the evenings and the Lions observing all the time just waiting to see an opportunity to pounce. And so, we also will be following movements of the bigger herds or focusing on areas leading to and from the waterholes to see what is lurking around or looking for spoor trying to predict where and when they were there or where they might have gone to. And so, another drive departs from the camps with guide and guest alike in eager anticipation for what awaits them on their next adventure.

This was another interesting month as far as the big cats go. First off, the Matimba male lions where seen a couple of times around concession and seem to favouring the north-western areas of the concession. On one particular day, we had our Imbali/Mluwati pride on some open plains for the whole day eyeing out some Wildebeest when the vehicles returned in the morning they found the two Matimba males on a Buffalo kill, with the females and cubs Leaving the area, we not sure but we assume the females had pulled the Buffalo down during the night and the Matimba males had stolen it from them. So, while they were busy eating the females left the area with the seven sub-adults who the males would try kill. We also had a nice sighting of the Hamiltons Lionesses who had pulled a Zebra out of the water in front of Hamiltons which had being floating there for about two days. Later some of the new cubs joined in on the feast and it was a wonderful sighting.

As always, these spotted beauties are high on the list of what guests would love to see on their Safari. So, this month the Leopards did not disappoint we had some fantastic sightings of leopard this month. One that springs to mind and we had two such sightings this month. The two Leopards we normally see around the south-eastern side of concession and around Hamiltons camp. Who we have long suspected the younger one is offspring of the dominant ale in the area where found both around a kill up in tree but the older one was not prepared to share this time, then some Hyenas showed up and started harassing them at that moment while the older male was distracted the younger one stole the kill, but the situation was reversed almost a week later when the young Leopard had secured himself a nice Impala in a tree and was taking a nap on the ground the older male appeared out of nowhere and proceeded to finish the ample food that was left. Guests could not believe their eyes when arriving at the sighting seeing two magnificent male Leopards one up in the tree and the other relaxing down below.

As always, these endangered cats are always difficult to find and its mostly by pure chance that we get to see these exquisite animals. This month we had two sightings of Cheetah one was of the same relaxed female we see around the eastern sectors of the concession as she was out on an afternoon patrol looking around for some potential prey. Then we found our two males around the area of our southern boundary. These cats have dark tear drop shapes under their eyes unlike Leopard and Lion who have light patches to reflect light and improve their night vision. The dark under the Cheetahs eyes absorbs the light as they are diurnal hunters. 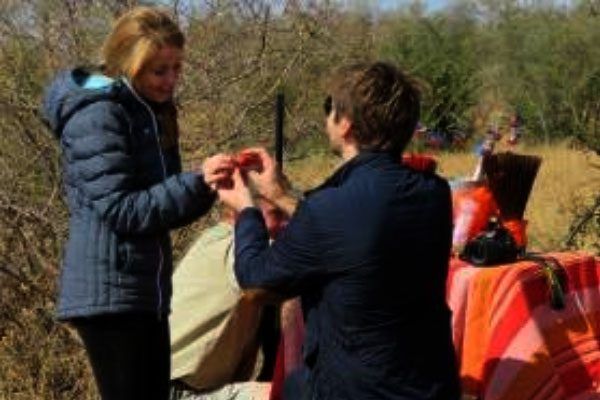 A wonderful surprise engagement in the bush. 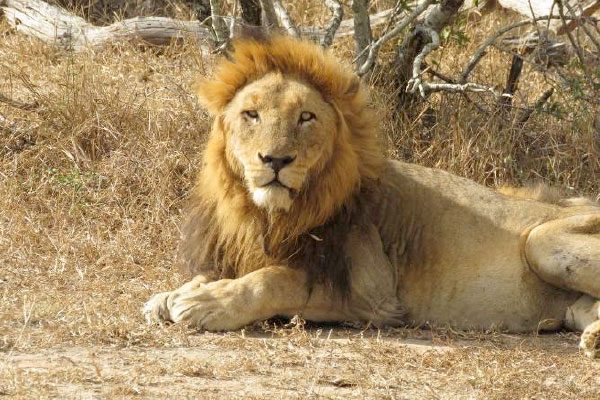 One of the Matimba males enjoying the cool winter sun. 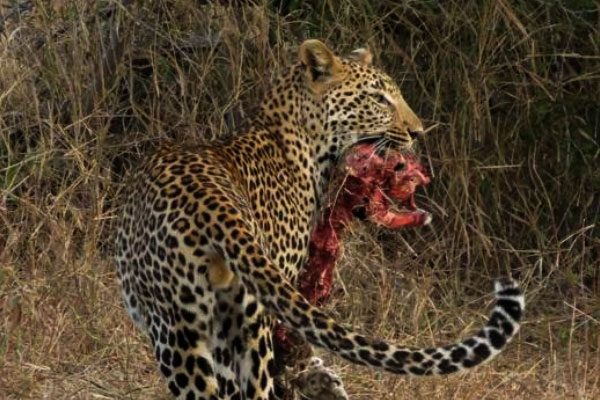 Tshidulu scampering off with some scraps that fell from the tree. 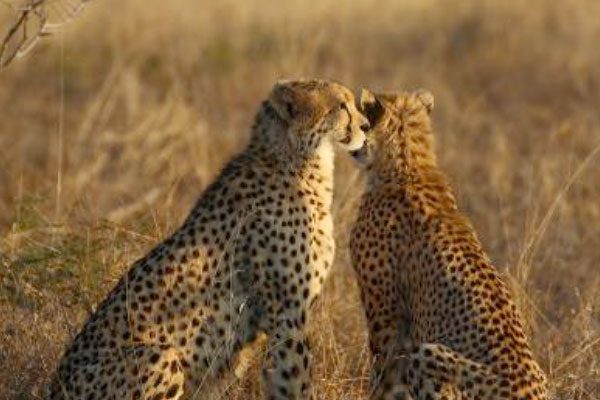 The last couple of months have been great for sightings of Wild dogs as we assume they are denning just off the concession but the pack makes regular forays into the concession on their hunting trips giving us way above the number of sightings usually associated with these very rare canids. The other pack caused quite a stir at Imbali lodge the one morning as they had chased some Impala into the camp, and the pack got split up in the hunt so there where dogs running back and forward everywhere. They managed to catch two Impala inside the camp. This is no worry however cause in the history of Wild dogs there is never being a recorded attack by them on people.

Elephants are almost a daily occurrence in front of all the lodges as they come in search of water giving the guests a lovely welcome as they arrive or are having lunch. There are more and more breeding herds all over concession. As with the last couple of months Buffalo herds are very scarce and this I think is in direct relation to the drought we experienced over the previous two years as the bigger herds moved in search of water and grazing and it will take time for them to return. We are still seeing quite a few Dagga boys all over the place.

The birdlife on concession is still good and a lot of the female White Back Vultures chicks are arriving in the nests as the females wait for the males to bring some food. We were extremely lucky this year as the saddle billed storks nested in their same spot again and reared one chick who is now quite large. There are only about 38 known nesting sites for these birds in Kruger and they make up one of the big six birds.

The concession is drying out nicely and the guests are loving every adventure as they head out on their drives in keen anticipation of the next beautiful image that this place we call home will share with them. 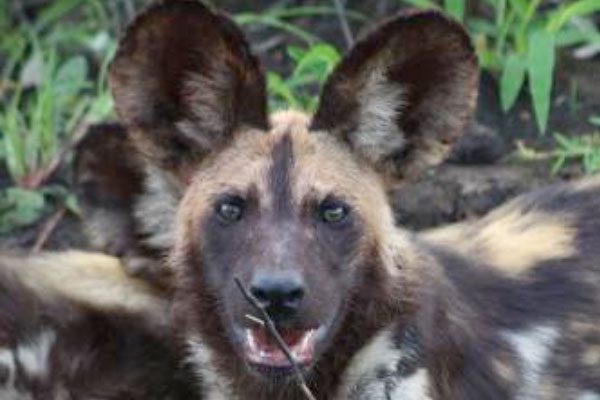 Guests getting some awesome photos. 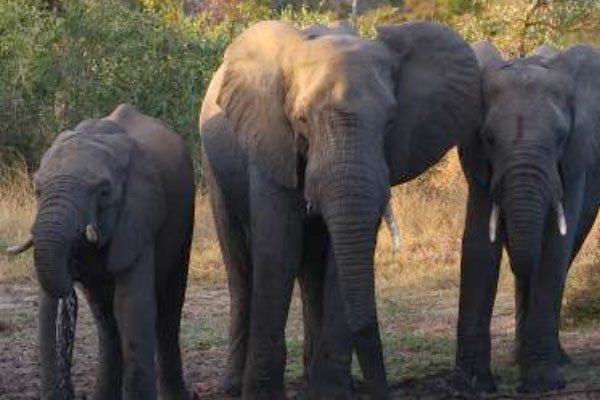 Elephant in the early morning sun. 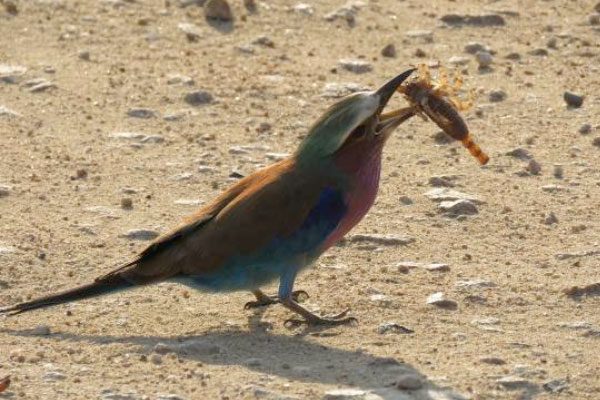 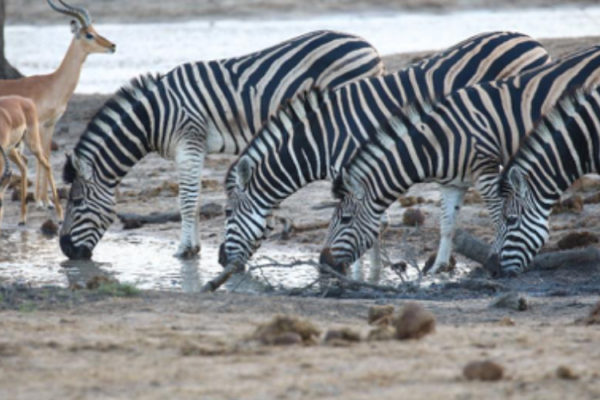 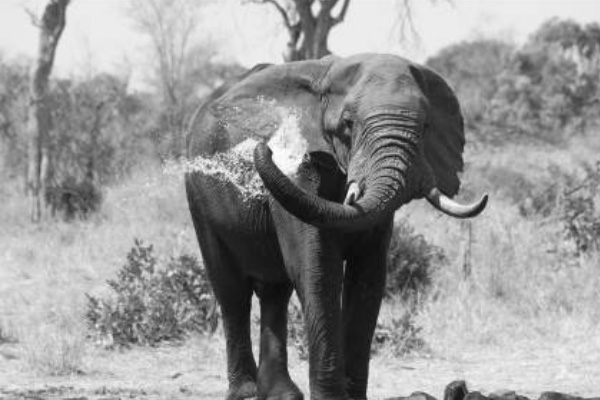 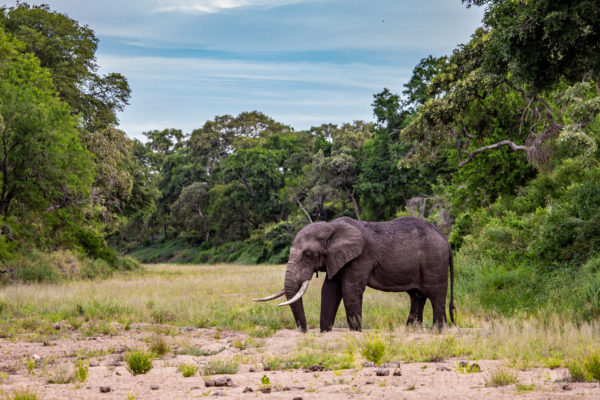 The Scientific Health Benefits of Returning to the Bush